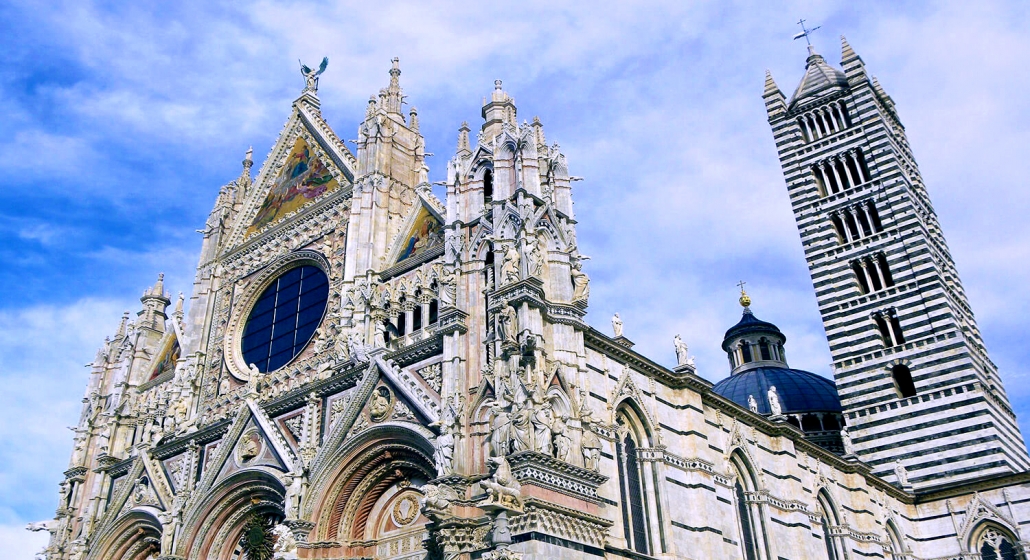 What better way to experience Tuscany than a private excursion to Siena, San Gimignano and Chianti with an expert driver on board?

Discover our tour in detail and follow us on our journey to ancient towns and beautiful countryside in Tuscany!

Our day trip to Tuscany is for everyone: lovers of history and art, but also all those who want to spend a day of complete relaxation and fun.
This is definitely a day trip that will make you discover the heart of Tuscany.

Marvel at the magnificence of the medieval architecture, the countryside landscapes and the curiosities of the history of this region. 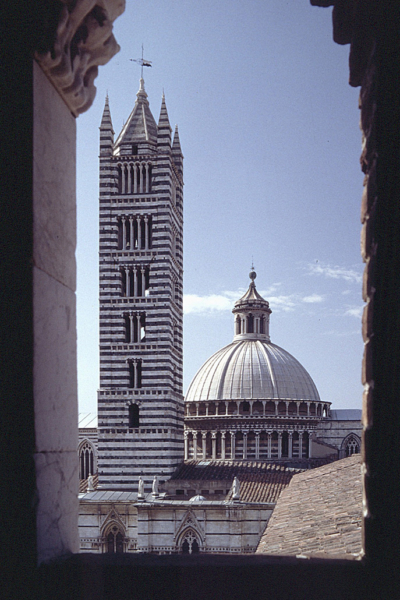 Our Private Excursion to Siena, San Gimignano and Chianti begins with a pick-up from your hotel in Florence. The meeting will be in the hotel lobby.
It is not a problem if you are staying out of town, we will easily pick you up anywhere you are.

This is a private tour, so only your group will use the vehicle and itineraries will be decided according to your interests.
The driver is also an authorized tour leader and will be at your disposal to offer you a personalized service.

During the trip, you will be able to observe wide views of the Tuscan countryside.

Whenever possible, your driver will stop when you want to take a nice photograph or take a break to appreciate the view or visit an activity or a monument.

In this regard, your driver will able to provide you with useful advice so that you can make the most of the time of the tour to satisfy your curiosities and passions.

Along the way he will show you the main points of interest, answer your questions and will be happy to satisfy your requests. 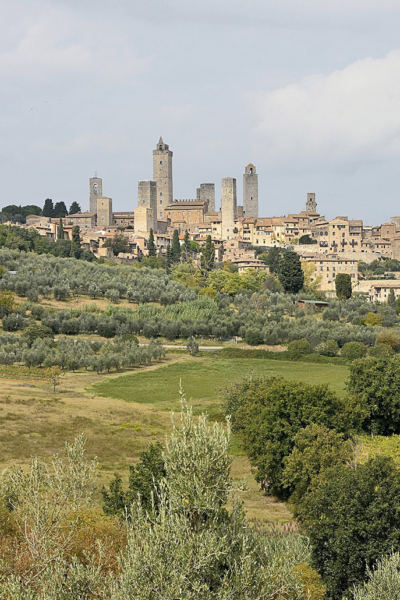 Tuscany is also an important region for its food and wine tradition.

In this regard, your driver will be happy to suggest the best restaurants in the towns to enjoy the local food.

If you are interested, there are several possibilities to have lunch in a winery surrounded by vineyards, combining a typical Tuscan meal with the tasting of their wines, and if you want you can visit the winery.

In fact, the tour crosses the production areas of Chianti red wine and Vernaccia, a white wine typical of San Gimignano.

Normally our day trip in Tuscany starts with a stop in Monteriggioni, continues with a visit to Siena and the last stop, after lunch, is San Gimignano. In our experience, a schedule of this kind is relaxed and at the same time very enjoyable and full of activities.

However, we can also arrange a customized itinerary according to your preferences.
To this end, in the section below, you will find a brief description of the cities that the tour crosses. 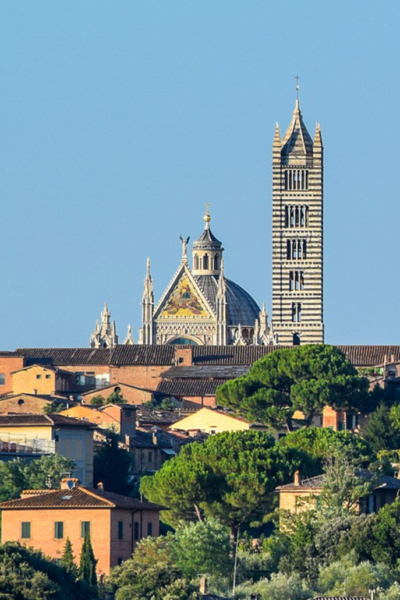 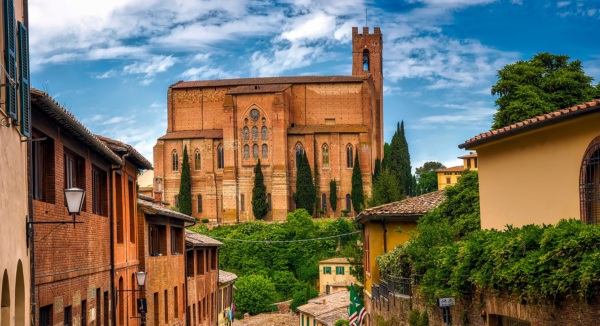 The city of Siena, listed as UNESCO World Heritage Site, is renowned for its beauty and the charm of its architecture remained perfectly intact over the centuries.

The Cathedral: designed in the late 12th century by Nicola and Giovanni Pisano, today it represents one of the most relevant examples of Romanesque-Gothic architecture in the country and contains masterpieces by Donatello, Michelangelo, Ghiberti, Pinturicchio and Bernini, besides the monumental polychrome marble inlaid floor. One of the most magnificent attractions of the city, definitely a must see!

Piazza del Campo: one of Europe’s wonders for its medieval architecture. It is known worldwide because, twice a year, they hold the Palio, a horse race around the edges of the square. At the center of the square, there is a beautiful marble fountain called Fonte Gaia.

Palazzo Pubblico, still nowadays the city hall, and its Torre del Mangia, stand out for their magnificence, as well as various buildings surrounding the shell-shaped square.

Read more about Siena in this article. 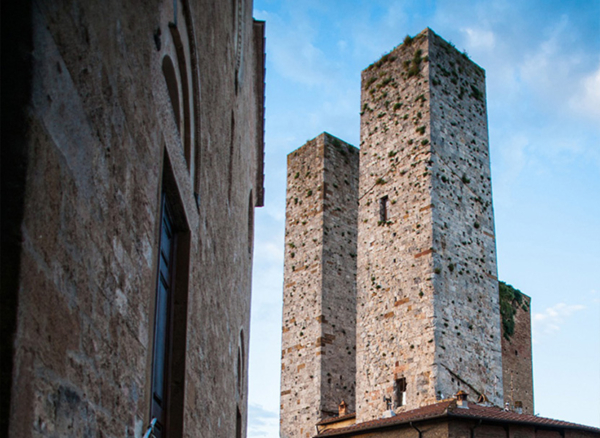 Also recognized as UNESCO World Heritage Site, surrounded by the stunning landscape of the Tuscan hillside, San Gimignano will show you its amazing architecture made of medieval tower houses, churches, squares and wells. It is a perfect place to shop around and have a fabulous gelato too!

If requested we can arrange the day schedule to make it possible for our customers to experience a Chianti and Vernaccia wine tasting or lunch in a local winery.

Read more about San Gimignano in this article.

Monteriggioni is a very picturesque and representative fortress town, built with the purpose to protect Siena and its territories along the Via Francigena: the historic route from Northern Europe leading to Rome.
A real medieval castle practically intact with a splendid view over the Chianti hills.

Read more about Monteriggioni in this article.

The private Excursion to Siena, San Gimignano and Chianti includes

The private Excursion to Siena, San Gimignano and Chianti does not include

To book the private Excursion to Siena, San Gimignano and Chianti

Click here to book your tour!
Scroll to top
We use cookies on our website to give you the most relevant experience by remembering your preferences and repeat visits. By clicking ACCEPT you consent to the use of ALL the cookies. For more informations read ours:

This website uses cookies to improve your experience while you navigate through the website. Out of these, the cookies that are categorized as necessary are stored on your browser as they are essential for the working of basic functionalities of the website. We also use third-party cookies that help us analyze and understand how you use this website. These cookies will be stored in your browser only with your consent. You also have the option to opt-out of these cookies. But opting out of some of these cookies may affect your browsing experience.
Necessary Always Enabled
Necessary cookies are absolutely essential for the website to function properly. These cookies ensure basic functionalities and security features of the website, anonymously.
Functional
Functional cookies help to perform certain functionalities like sharing the content of the website on social media platforms, collect feedbacks, and other third-party features.
Performance
Performance cookies are used to understand and analyze the key performance indexes of the website which helps in delivering a better user experience for the visitors.
Analytics
Analytical cookies are used to understand how visitors interact with the website. These cookies help provide information on metrics the number of visitors, bounce rate, traffic source, etc.
Advertisement
Advertisement cookies are used to provide visitors with relevant ads and marketing campaigns. These cookies track visitors across websites and collect information to provide customized ads.
Others
Other uncategorized cookies are those that are being analyzed and have not been classified into a category as yet.
SAVE & ACCEPT